What Color are the Planets

Mercury is not an easy planet to photograph, for obvious reasons. Because of the Sun’s proximity, it is virtually impossible for ground-based instruments to capture clear images. Because of this, the only decent photographs we have of this planet have been taken by spacecraft, such as Mariner 10 and the more recent MESSENGER probe.

Mercury’s surface is very similar to our Moon’s in that it is grey, pockmarked, and covered with craters caused by impacts with space rocks. Mercury, a terrestrial planet, is also composed mainly of iron, nickel, and silicate rock, which is differentiated into a metallic core and a rocky mantle and crust.

There is also a very thin atmosphere on Mercury that is composed of hydrogen, helium, oxygen, sodium, calcium, potassium, and other elements. Astronomers call this atmosphere an exosphere, because it does neither absorb nor reflect light. We always see Mercury’s surface clearly, whether we are looking at it from its surface or from space. And what we have seen is a dark gray, rocky planet.

On the other hand, the color of Venus varies greatly according to the observer’s position. While Venus is a terrestrial planet, its atmosphere is extremely dense due to high levels of carbon dioxide, nitrogen, and sulfur dioxide. So, from orbit, one can only see sulfuric acid clouds and not its surface features. As a result, the planet appears yellowish from space due to the cloud’s ability to absorb blue light.

This image of Venus comes to us thanks to the many flyby missions that have taken place over the years. These include NASA’s Vega 1 and 2 missions during the 1980s, followed by the Galileo (1990), Magellan (1994), and the NASA/ESA Cassini–Huygens mission in the 1990s. Since that time, the MESSENGER probe flew by Venus in 2006 on its way to Mercury, while the ESA’s Venus Express entered orbit around Venus in April of 2006.

The view from the ground, however, is a different story. As a terrestrial planet with no vegetation or natural bodies of water, Venus’ surface looks very rugged and rocky. The first images of the surface of Venus were provided by the Soviet-era Venera probes, but the true color was difficult to discern since Venus’ atmosphere filters out blue light.

However, the surface composition (which is known to be rich in igneous basalt) would likely result in a greyish appearance. In this respect, Venus’ surface looks much like Mercury’s and Earth’s Moon. 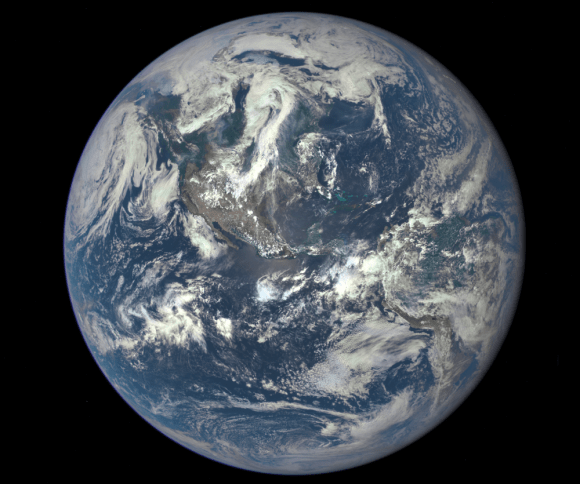 Earth as seen on July 6, 2015 from a distance of one million miles by a NASA scientific camera aboard the Deep Space Climate Observatory spacecraft. Credits: NASA

The color of Earth is one we are intimately familiar with, thanks to decades of aerial, orbital, and space-based photography. As a terrestrial planet with a thick nitrogen-oxygen atmosphere, Earth’s appearance comes down to the light-scattering effect of our planet’s atmosphere and our oceans, which causes blue light to scatter more than other colors because of the shortness of its wavelength. The presence of water absorbs light from the red end of the spectrum, similarly presenting a blue appearance to space.

This leads to our planet having its “Blue Marble” appearance, along white clouds covering much of the skies. The surface features, depending on what one is looking at, can range from green (where sufficient vegetation and forests are to be found), to yellow and brown (in the case of deserts and mountainous regions, to white again (where clouds and large ice formations are concerned).

Mars is known as the Red Planet for a reason. Thanks to its thin atmosphere and close proximity to Earth, human beings have been getting a clear view of it for over a century. And in the past few decades, thanks to the development of space travel and exploration, our knowledge of the planet has grown by leaps and bounds. From this, we have learned that Mars is similar to Earth in many ways, which includes similarities in composition and the existence of weather patterns. 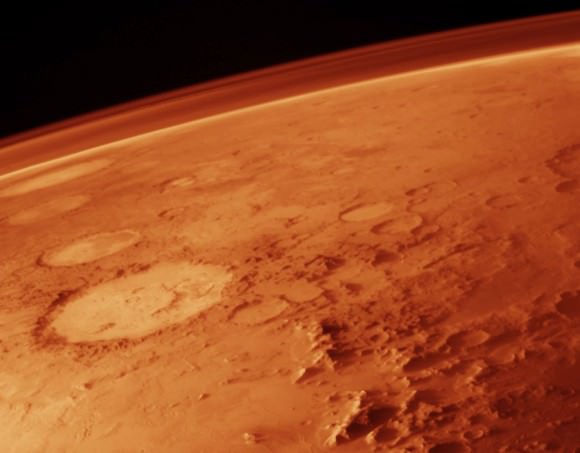 Mars’ thin atmosphere allows for a clear view of its surface, which is reddish brown due to the prevalence of iron oxide. Credit: NASA

Essentially, the majority of Mars is reddish-brown, owing to the presence of iron oxide on its surface. This color is also quite clear thanks to the rather thin nature of the atmosphere. Nevertheless, the occasional cloud can also be seen from orbit. The planet also has its share of white patches around the poles, due to the presence of polar ice caps.

Jupiter is famous for its banded appearance, consisting of orange and brown intermixed with bands of white. This is due to its composition and the weather patterns that are common to the planet. As a gas giant, the outer layer of Jupiter is made up of swirling clouds of hydrogen, helium and other trace elements that move at speeds of up to 100 m/s (360 km/h).

At the same time, the color patterns of orange and white are due to the upwelling of compounds that change color when they are exposed to ultraviolet light from the Sun. These colorful compounds – known as chromophores, and which are likely made up of sulfur, phosphorus, or hydrocarbons – are formed when rising convection cells form crystallizing ammonia that masks out these lower clouds from view. 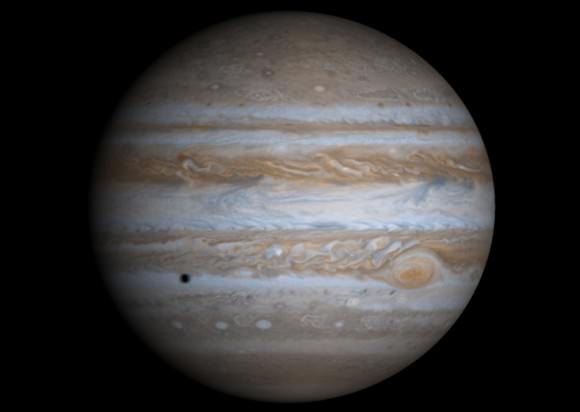 A true-color image of Jupiter taken by the Cassini spacecraft. Credit: NASA/JPL/University of Arizona

The most detailed image taken of Jupiter was constructed from images taken by the narrow angle camera on-board NASA’s Cassini-Huygens spacecraft, which allowed for a “true-color” mosaic to be created. These images were taken on December 29th, 2000, during its closest approach to the giant planet at a distance of approximately 10 million kilometers (6.2 million miles).

Much like Jupiter, Saturn has a banded appearance that is due to the peculiar nature of its composition. However, due to Saturn’s lower density, its bands are much fainter and are much wider near the equator. Like Jupiter, the planet is predominantly composed of hydrogen and helium gas with trace amounts of volatiles (such as ammonia) which surround a rocky core.

The presence of hydrogen gas results in clouds of deep red. However, these are obscured by clouds of ammonia, which are closer to the outer edge of the atmosphere and cover the entire planet. The exposure of this ammonia to the Sun’s ultraviolet radiation causes it to appear white. Combined with its deeper red clouds, this results in the planet having a pale gold color. 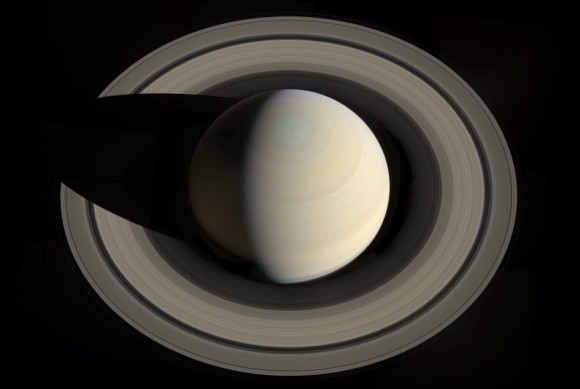 This portrait of Saturn and its rings was created from images obtained by NASA’s Cassini spacecraft in 2013. Credit: NASA/JPL-Caltech/Space Science Institute/G. Ugarkovic

Saturn’s finer cloud patterns were not observed until the flybys of the Voyager 1 and 2 spacecraft during the 1980s. Since then, Earth-based telescopy has improved to the point where regular observations can be made. The greatest images to date were taken by the ESA’s Cassini-Huygens spacecraft as it conducted multiple flybys of Saturn between 2004 and 2013.

As a gas/ice giant, Uranus is composed largely of molecular hydrogen and helium, along with ammonia, water, hydrogen sulfide and trace amounts of hydrocarbons. The presence of methane is what gives Uranus its aquamarine or cyan coloring, which is due to its prominent absorption bands in the visible and near-infrared spectrum.

To date, the only detailed photos we have of Uranus were provided by the Voyager 2 interplanetary probe, which conducted a flyby of the system in 1986. It’s closest approach occurred on January 24th, 1986, when the probe came within 81,500 kilometers of the cloud tops, before continuing its journey to Neptune. 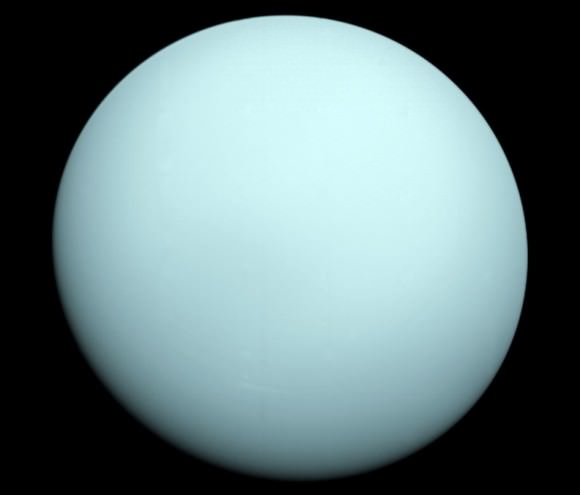 Neptune is similar in appearance to Uranus, which is due to its similar composition. Composed mainly of hydrogen and helium gas, this gas/ice giant also has traces of hydrocarbons, possibly nitrogen, and “ices” such as water, ammonia, and methane. However, Neptune’s higher proportion of methane and ammonia, along with its greater distance from the Sun (which results in less illumination) is what leads to Neptune’s darker blue color.

Compared to Uranus’ relatively featureless appearance, Neptune’s atmosphere has active and visible weather patterns. The most famous of these are the Great Dark Spot, an anticyclonic storm that is similar in appearance to Jupiter’s Great Red Spot. Like the other dark spots on Neptune, this area is a darker shade of blue compared to its surroundings.

Like Uranus, Neptune has only been photographed up-close on one occasion. Again, this was by the Voyager 2 spacecraft, which made its closest approach to the planet on August 25th, 1989. Although the photographs it took were color-enhanced, they managed to capture Neptune’s deeper blueish color. 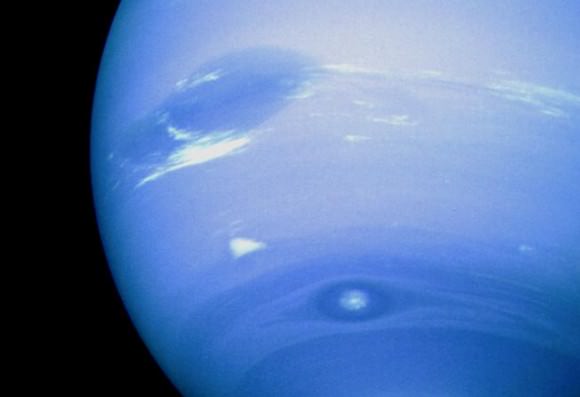 As our exploration of the Solar System continues, our understanding of it continues to grow. In time, this knowledge will advance further as we begin to mounted crewed missions to planets like Mars, and additional robotic missions to the outer Solar System. 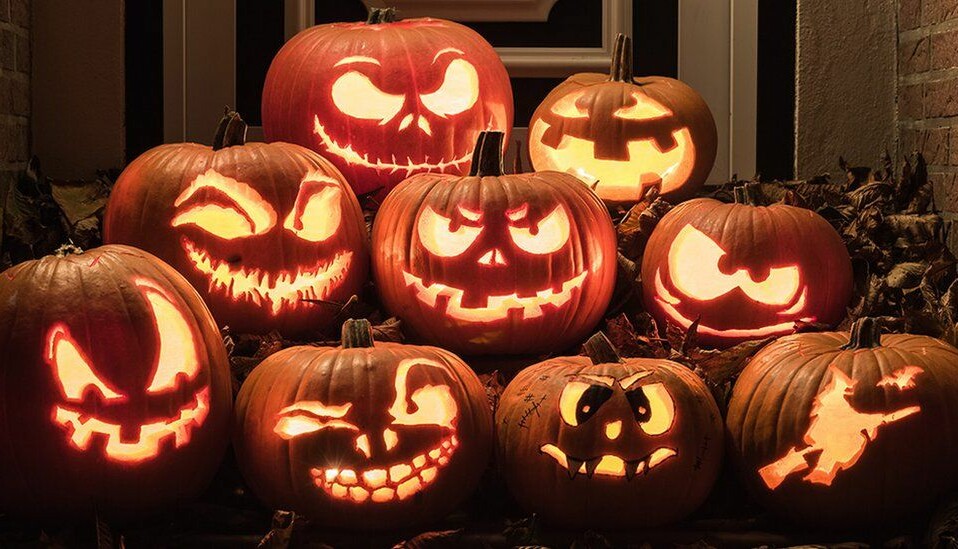 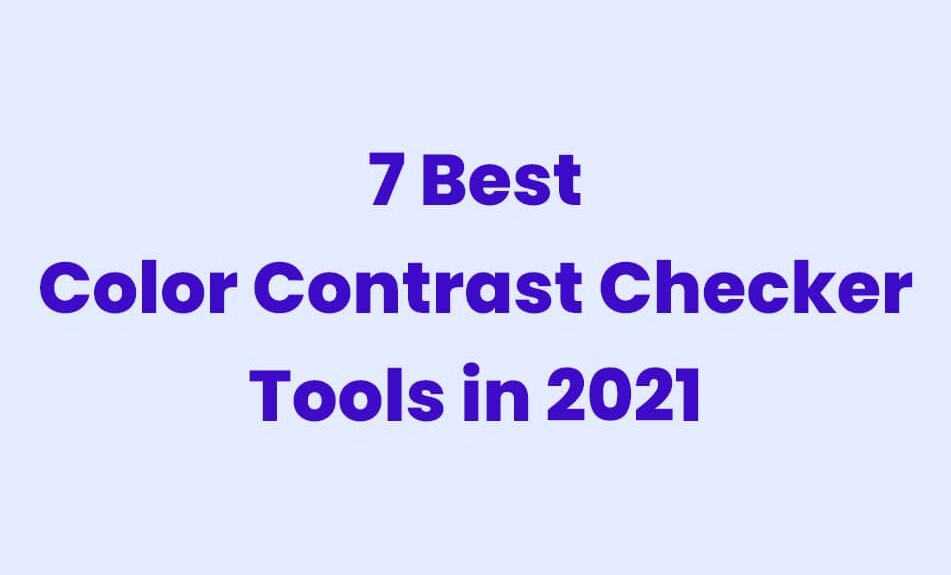 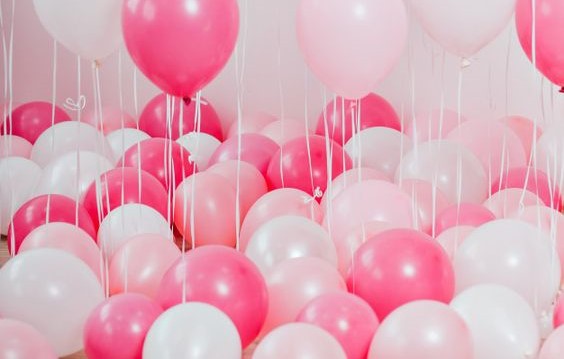