J. K. Rowling, as the clever author of this amazing collection, has always shown that there is a purpose behind every little thing in the books or movies. As a huge Harry Potter fan, I’m here today to write about the famous colors used in it. If you are interested, join me in reading this article!

Hogwarts is a school of witchcraft and wizardry. The school invites young witches and wizards by special request and they are escorted into the main hall for the welcoming ceremony after they arrive. The great room is decorated with banners and flags representing each of the four houses: Gryffindor, Ravenclaw, Slytherin, and Hufflepuff. The banners are colorful and festive because they sport the colors of the houses.

Gryffindor values bravery, daring, nerve, and chivalry. Its emblematic animal is the lion, and its colors are Red and Gold.

It represents fire. Students who belong to Gryffindor are brave and daring. Often, they show a lot of nerve when necessary, but they don’t use this to control others. To show chivalry, they use their strengths to help others. This was compared to fire’s power by Rowling, which can be both destructive and admired at the same time. Having members such as Harry Potter and his parents, Ron Weasley, and Hermione Granger, it makes sense that this house has a strong element of fire.

Slytherin House values ambition, leadership, self-preservation, cunning and resourcefulness and was founded by Salazar Slytherin. Its emblematic animal is the serpent, and its colors are Green and Silver.

The colors represent water. Water is thought to evoke feelings of love, purity, and mystery. You remember how Voldemort’s followers wanted a pure wizard world without muggles or halfbloods? In addition to being ambitious, cunning, and resourceful, Slytherins possess great leadership qualities. It was almost Harry’s house according to the sorting hat. Unfortunately, members like the Malfoy family and Tom Riddle exploited their characteristic traits for evil purposes rather than for good. Because of this, Slytherin has acquired a reputation for evil.

Hufflepuff values hard work, dedication, patience, loyalty, and fair play. Its emblematic animal is the badger, and its colors are Yellow and Black.

It represents earth. Characteristics of Hufflepuff include loyalty and a strong work ethic, while earth is often associated with practicality, thoughtfulness, stability, and hard work. Considering Cedric Diggory and Nymphadora Tonks as members of Hufflepuff, it is easy to imagine how Rowling easily referred to earth when she wrote about it. Unfortunately, Hufflepuff is often viewed as the least clever of the houses. This is because a true Hufflepuff never boasts of their accomplishments rather than their good deeds.

Ravenclaw values intelligence, knowledge, curiosity, creativity and wit. Its emblematic animal is the eagle, and its colors are Blue and Bronze.

The colors are associated with the sky. Ravenclaw is a character with wisdom, cleverness, and wit. They are usually creative witches and wizards. It is their goal to achieve greatness in their academics. The sky is indestructible, boundless, and infinite. All of these terms are easily applied to loyal Ravenclaws such as Mister Ollivander or Luna Lovegood.

In the movies, the house colors don’t exactly match the descriptions of the houses that you will find in the books, much to the dismay of Harry Potter fans from everywhere. Whether you read the books or view the movies, three of the houses look the same, though Warner Brothers changed Ravenclaw’s color scheme from blue and bronze to blue and silver. In addition, they decided to replace the eagle as Gryffindor’s mascot, but they didn’t find it necessary to change the lion as Gryffindor’s.

According to the movie studio, this was simply a design decision. In their opinion, silver looked more pleasing to the eye. Slytherin’s colors matched it better. Gryffindor and Hufflepuff both have yellow/gold tones in their colors. Hermione’s elegant blue dress robes were also transformed into a more prom-like pink dress for the yuletide ball.

Often, these changes go unnoticed, but to the most focused fans that pay attention to detail, this is an outrage. This means they can’t buy items found in theme park gift shops in traditional blue and bronze house colors. This ruins even the whole Olympic theory regarding the symbolic meaning of the house colors.

Fans have extended the houses’ color symbolism even further. One fan commented on mugglenet.com about the metallic associations with three of the four houses and how Rowling may have used them as foreshadowing. Ravenclaw is bronze, Slytherin is silver, and Gryffindor is gold. In Harry Potter and the Sorcerer’s Stone, Dumbledore adjusts the points for each house: “Gryffindor follows with 482, Slytherin in second with 472, Ravenclaw in third with 426, and Hufflepuff in fourth.

Some fans have used Hufflepuff’s association with Earth and plants to mean it’s the “stoner” house. The theory also comes from the house’s reputation as being easygoing and friendly, as well as the fact that the house’s head teaches herbology.

Whatever the truth or falsity of these outlier theories, Rowling made a conscious choice to link each house with a different color, translating each to a different element so that each would be intimately associated with form.

Comparing the Colors of Houses with Each Other

Here’s a crash course in basic color theory: there are three primary colors (red, blue, and yellow), which cannot be made by mixing together other colors, and three secondary colors (purple, green, and orange) which are the result of mixing two primary colors equally. The complementary colors are formed by one primary color (here, red) and a secondary color (blue + yellow = green). Simply put, red and green are the opposite of one another. Complementary colors balance each other out in art (which we know from the Matrix or Charmed), but can be very difficult to achieve unity (think about what happens when you mix red and green paint together, you get that uneven brownish color. Not pretty.).

Having your face pressed up against the television can hurt your eyes. The interaction of red and blue light is largely responsible for this. Your eyes have a difficult time adjusting quickly between these colors. In reality, it is more the personality traits that cause conflict between red and blue than the colors themselves. A red prefers action, while a blue prefers intelligence; a red is very competitive with other people, while a blue is more concerned with inner conflict; a red tends to be aggressive, while a blue is very peaceful. It would be difficult for red and blue to work together even if they were on the same side, simply because they could not agree on what method to use (mind versus body).

In terms of color, green and blue work together well, but their characteristics don’t. Greens (in the negative sense) are interested in maintaining their own power and status at any cost. In contrast, Blue focuses more on knowledge and discovering the truth. The blues believe that their purpose is greater than the greens’, that finding truth is more important than personal status. The greens feel that the blues are better than them and are impatient for them to get down from the clouds and recognize the importance of power. It is possible that blue and green could be on the same side of a battle, but they would be offended by each other and could not collaborate.

Yellow goes well with red for two reasons:
1) They share red’s tendency toward spontaneous action.
2) Red is a leadership color, whereas yellow is a follower.

Yellow acknowledges green’s desire for personal power, but does not dare challenge anyone for it, so green is not threatened by yellow. Blue and yellow both believe knowledge is important, and therefore yellow could blur the line between blue and red. It is the only color that understands all the other colors, and therefore, can bring them all together.

Therefore, Hufflepuff is the only house with the power of yellow: a balance of action (a Gryffindor trait), knowledge (a Ravenclaw trait), and power (a Slytherin trait). But, don’t forget to mention the other Hufflepuff color: black. If the Hufflepuffs are not able to unite the houses, they will face death, fear, and evil–a dark future for Hogwarts and the entire wizarding world.

Nothing in J. K. Rowling’s writing is random. Every character has a certain role in the estory and everything happens for a reason. Which is why I love her so much!

As a result, it is not surprising that she had a definite reason for choosing the colors she did when choosing two colors to represent each house. And as you can see, color symbolisms play an important role in our world and even in wizarding world!

Are you a Potterhead? What is your house? I’m in Ravenclaw. Comment below and let’s talk about it! Autism and the use of color in its recovery! 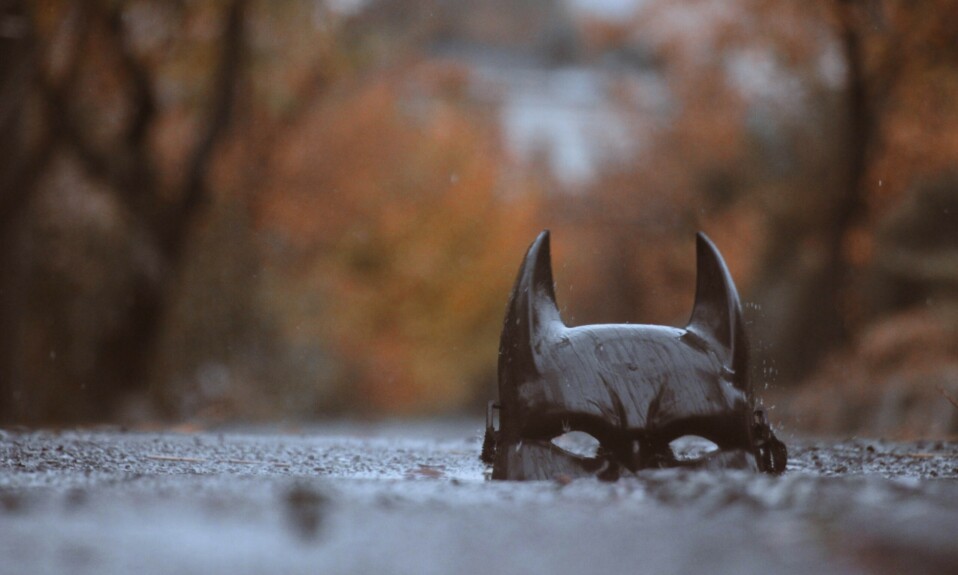 Batman is not always in black! 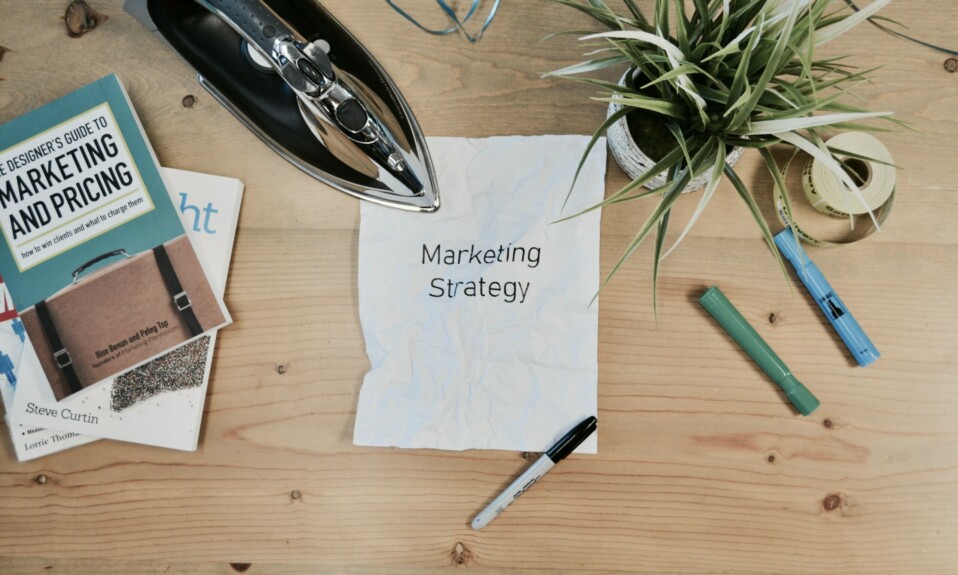 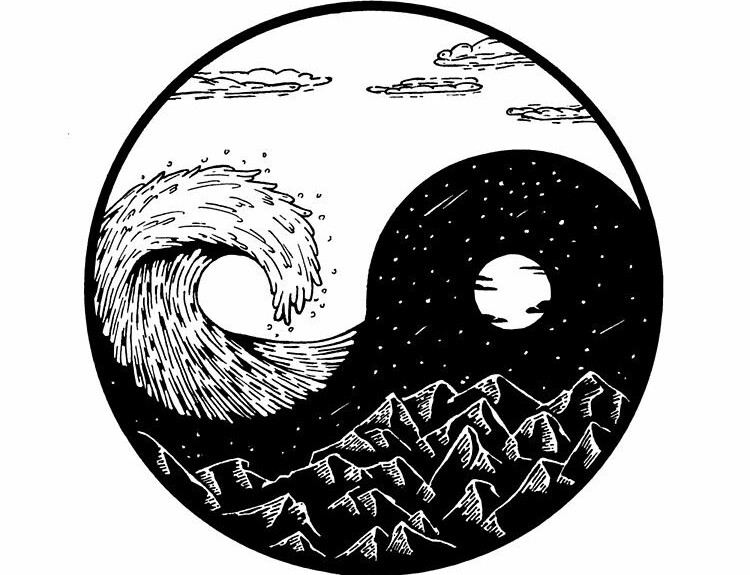 The Secret Behind Yin Yang Colors